Here are some glass ornaments that I altered with Tattered Angels paints. For these stars, I placed them face down and poured a really thick layer of Glimmer Glaze and Glimmer Glam on the back of the stars. While they were still wet I sprinkled on some chunky glitter. After they were dry, I flipped them over and embellished the fronts with a few gems. 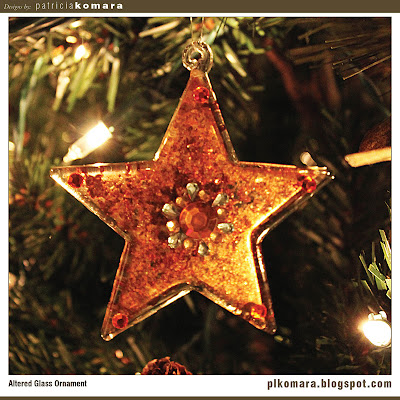 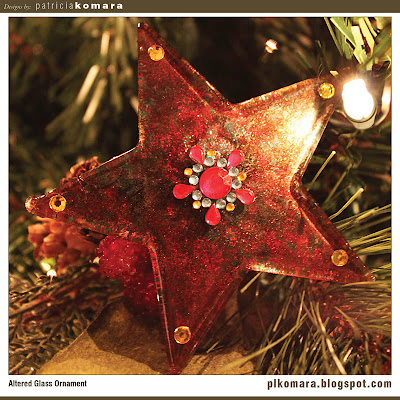 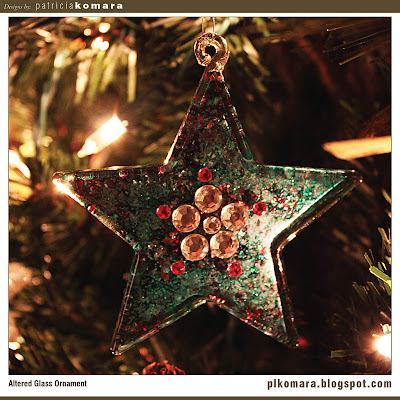 I painted two colors of Glimmer Glaze onto this glass ornament and then coated it with crystal snow glitter. 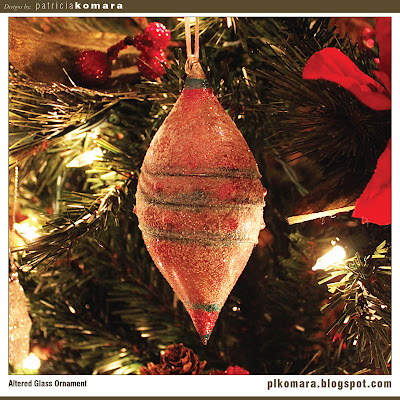 
This ornament started out as a plain frosted glass globe. I sprayed it with Dazzling Diamonds Glimmer Mist to give it an all over glimmer. Then I poured green Glimmer Glaze on the top and let it drip down the sides. After the glaze dried, I poured on a second coat of green glaze, and while the second coat was wet, I added some crystal snow glitter. 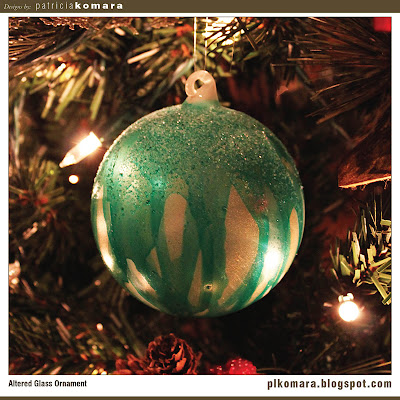 
Thanks for stopping by today - Patty
Posted by Patty K at 9:37 PM No comments: 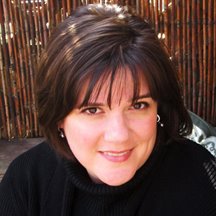